About The Deley Group 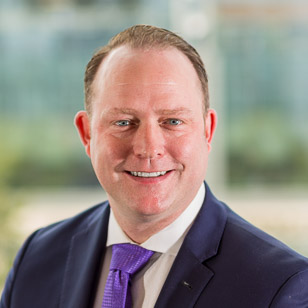 Chad Deley, State Director in Minnesota, says, “I believe in working people’s right to a fair wage and their right to collectively bargain for their rights and working conditions. I believe in the middle class. Therefore, I support those who support the middle class as well.” With this philosophy, American Income Life Insurance Company was a natural fit for Chad. As he says, “AIL’s products in action help working people protect their families.”

Before joining American Income Life, Chad was a welder/fitter and a union leader in Canada’s largest private sector union. He was enticed to join AIL because, “AIL was a company with a social conscience that protected families and futures one family at a time with a philosophy of honesty, integrity, and trust. By helping others get what they want, you can really get what you want with the AIL opportunity.”

A three time member of the AIL Executive Advisory Council, Chad and his team won their category for achieving the highest percentage of quota in 2007 and wrote more than $3 million Net ALP in 2009.

When did Chad know he had made the right career choice? “There are too many instances to describe just one,” he says. “From delivering food to families in a time of need, to picket lines on Christmas Eve, to watching new Agents grow and develop. AIL isn’t a career; it’s a lifestyle. I can’t tell you how rewarding it is watching people grow both personally and professionally.” If he had one thing to do over, it would be to assume a leadership role sooner.

Chad’s advice to anyone thinking about taking the plunge with American Income Life is to “jump in with both feet and burn your ship so there’s no turning back.”